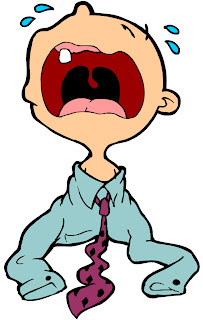 At the Mesa Chamber of Commerce’s Annual Luncheon, AlphaGraphics Mesa was one of the finalist for Mid-Sized Business of the Year. We did not win. Yes, I was nervous, yes I was disappointed, yes I was a little angry for a little bit.  However, as I thought about the whole experience, I believe that when we consider the entire event, we were a winner.  Let me explain.

I have spent a considerable amount of time and effort over the last few months promoting my business with SEO efforts.  I have worked on optimizing my website with the right keyword presentation, I have started a blog, I am doing press releases online so that they are picked up by Google, I am writing online articles with Ezinearticles.com, we are distributing a monthly email newsletters, we have done a couple of 3-dimensional mailing pieces to select customers and prospects and I continue to look at other opportunities to promote my business outside of the internet, such as sponsorships and networking.

So how does the Mesa Chamber experience fit into all of this?

Well, a few months ago, I was asked by a staff person at the Chamber to “self-nominate” myself because they had not received enough nominations from the business community.  After a little thought, I did. I then learned that I was one of two finalists in the Mid-Sized category.  This was my start of a big SEO effort. I updated my status on Facebook and Twitter several times that we had been nominated. I wrote about it on my blog. (I guess this post qualifies also). I issued a couple of press releases, one with PRWeb.com, and one with Grassroots PR.  I was interviewed by a reporter with the Arizona Republic, which was published online and in print.

I received a few benefits also.

My new picture that I am now using in my social media efforts was donated by a Chamber member (Steve Nissle).  The Chamber did a great video on my business. I will be receiving a copy of this video which I am going to upload to YouTube and embed it into my next blog, our AlphaGraphics websites, our Google Maps site and where ever else I can put it. I have been trying to figure out how to put a video on my websites for quite some time.  Google loves videos when evaluating the rankings of a website.

In addition to the SEO activities associated with this nomination, I received some RLO (Real Life Optimization) benefits. Even though the nomination had been made public by various means, most people did not know of the nomination until the event.  I had many businesses in the area congratulate me on the nomination and comment about how well I must be doing to be nominated (I do not bring up the fact that it was a self-nomination). I had a lot of people say they wish I had won for one reason or another and our new video was played to a room full of Mesa businesses.  What can be better than that?

So here come the sour grapes.

The difference between winning and losing was that I did not receive a framed picture of my building (which I already have). I guess I will not be able to wear the tiara, to go to grocery store grand openings or to work for world peace, but I will survive. Instead of having more material for another press release on this nomination, I will work on a press release about our new FSC Certification.

I want to thank the staff of the Mesa Chamber for allowing me to be a part of the process and I sincerely want to congratulate Invision Auto Body for winning the category. Maybe we will try again in a few years.

You can always contact us at the following websites:

Founded in 1970 in Tucson Arizona, AlphaGraphics has grown to a worldwide company with more than 260 independently owned and operated business centers dedicated to drive results for their clients. AlphaGraphics is a global leader in marketing and print communications and is your one-stop shop for all of your marketing and printing needs. Create and send targeted direct mail campaigns, brochures and every door direct mail pieces or producing mobile sites, email campaigns, posters and window cling. If you’re looking to increase your reach, contact your local AlphaGraphics center to learn more.
AlphaGraphics Mesa on Baseline
535 W. Baseline Road, Suite 104, Mesa, AZ 85210
alphagraphics.com
(480) 844-2222
Contact Us