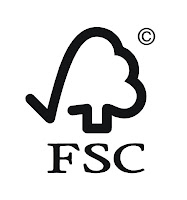 I would like to say that the title is true. At least I thought it was true when I started researching this article. Did you know that between the years 2000 to 2005, the U.S. lost a bigger percentage of its forest coverage than Brazil?  Sure Brazil lost more acreage but the U.S. lost almost 6% of its forest acreage during that time period.  Most of the lost acreage, believe it or not was in the southeast part of the country, and not the northwest where most people believe that the loss would occur. For more information on this phenomenon, go to http://bit.ly/bZPEu0 . However, in some countries as much as 80% of the timber is harvested illegally, often involving the violation of human rights and destruction of protected forests. A key factor behind the threats faced by natural forests is the perception by many societies that they lack economic value. The extraordinary social and environmental value of forests in comparison to other land uses is often not considered. In other words, forests are often converted to other land uses which lack many of the social and environmental values of forest but promise higher economic returns. You can read more about FSC at their website at FSC.org

So Why Does AlphaGraphics Believe That It Is Saving The Forests?

Just recently AlphaGraphics Mesa on Baseline Road, AlphaGraphics Tempe on Elliot and AlphaGraphics Phoenix-Northwest Valley received their FSC Chain of Custody Certifications. You can review this short video to see what this means in the printing industry.

The Forest Stewardship Council (FSC) is an independent, non-governmental, not-for-profit organization established to promote the responsible management of the world’s forests. This organization was formed for the express purpose of controlling the demise of forests around the world. Not only do they control the cutting of the old large trees, but they control the use of chemicals that may harm wildlife in those forests. The goal of the organization is sustainability.  The perfect environment is that as more and more timber is removed from the forest, it is naturally replaced and that over a long period of time, there will be just as much timber and coverage in that forest as when lumber operations commenced.  In addition, the natural wildlife of that forest will not be disturbed.

So how does AlphaGraphics fit into all of this.  The FSC certification assures that there are procedures in place so that wood that is removed from an FSC controlled forest is identified, tagged and followed all the way to the end user.  So our responsibility is to assure that when a customer requests that a project is printed on FSC certified paper, that we buy the paper from an approved source (Xpedx Paper in our case), that we control the paper when it is in our possession and that we notate on our invoice that the printed product is printed on FSC paper with our Chain of Custody number prominently displayed.

The FSC label provides a credible link between responsible production and consumption of forest products, enabling consumers and businesses to make purchasing decisions that benefit people and the environment as well as providing ongoing business value.

There are three types of FSC Chain of Custody logos that our customers can put on their products.  The most common is FSC Mixed Sources. This assures that the paper used in the printed product is made out of paper from a managed forest, combined with recycled material.  The second is the 100% recycled logo, which is self explanatory and the third is Pure, which means that the paper product contains 100% new paper from a managed forest.

For those who might want to know more about FSC, here is a 20 minute video from their website showing the benefits of FSC.  It is quite moving.

All Posts
Founded in 1970 in Tucson Arizona, AlphaGraphics has grown to a worldwide company with more than 260 independently owned and operated business centers dedicated to drive results for their clients. AlphaGraphics is a global leader in marketing and print communications and is your one-stop shop for all of your marketing and printing needs. Create and send targeted direct mail campaigns, brochures and every door direct mail pieces or producing mobile sites, email campaigns, posters and window cling. If you’re looking to increase your reach, contact your local AlphaGraphics center to learn more.
Tempe Printing on Elliot
720 W. Elliot Road, Suite 104, Tempe, AZ 85284
alphagraphics.com
(480) 413-1900
Contact Us